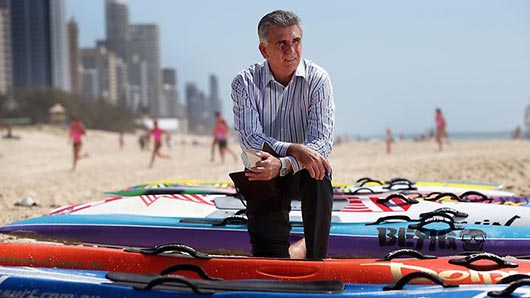 The Surf Safety Index (SSI) is a term we will hear much more about in the coming weeks and months. It is explained below by the two authors who are both long time surf lifesavers and competitors. The initial study has been funded by their employers at Bond University to whom we are most grateful for the foresight to help with such an important function of the modern day carnival.

Please enjoy the following article as it goes about setting out an introduction to the workings of the SSI.

All of us in the Surf Lifesaving movement remember the tragedies that occurred at the Australian Surf Lifesaving Championships at Kurrawa Beach in Queensland from 1996 through to 2012. A comment by the Coroner into the Saxon Bird death was particularly noteworthy. He stated that:

When lives are at stake it is not appropriate to seek to balance competing views or to seek consensus. Those responsible cannot try and calculate the average or most widely held view. The danger posed by wild surf is not capable of precise calibration.

In the aftermath of these tragedies Neville de Mestre and I, two long time Surf Lifesaving members from Bond University, decided to begin the development of a surf safety index to help officials make good decisions about stopping or continuing all or particular events at surf carnivals when the surf conditions tend to become dangerous.

With the approval of SLSA we conducted a pilot study (funded by Bond University) during the 2012-13 season at a number of Queensland and New South Wales surf carnivals. This involved us in collecting data on surf conditions together with competitor perceptions of the associated dangers and incidents as they occurred. We attended 7 boat carnivals in Queensland from Maroochydore to North Kirra and including the Aussie titles.

On July 26th this year we reported our findings at a forum (held at Bond University). This forum consisted of the President of ASRL, the Surf Sports Directors from SLSA and every Australian state plus representatives of the coaches and the elite competitors.

The response at this forum was very positive and supportive of our proposed model. Since then, delegates have already begun to assist us in further developing and validating this Surf Safety Index. This will include the further collection of data at subsequent carnivals over the next few seasons. We are particularly happy that this will include many surf boat carnivals.

Ok. So what is the Competitors' Surf Safety Index and how could it affect the ASRL?

When the CSSI is positive or zero, the surf conditions are not considered to be especially hazardous for a competitor. However when the CSSI becomes negative for anyone, the chance of serious injury for that competitor begins to substantially rise at that venue and time.

The surf conditions at any beach and any time are known to be caused by the weather, the local area and sea topographies and the tides. The effects of these fundamental causes are reflected in the characteristics of the breaking waves, the incoming surf fronts and the resultant water movement. Now the SHR may change from hour to hour and also be different at different beaches or even at different sections of the same beach. The SHR is calculated as the sum of the scaled rating values for each of the seven main measurable effects referred to above. These are the wave height, wave period, wave type, surf zone width, surface turbulence (chop and cross-waves), rip currents and littoral drift (sweep). Other less-frequently-occurring hazards such as rocks, seaweed, out-of-controlled surf craft, sharks, stingers or cold water etc can be incorporated in an Other Hazards Category.

The particular CSCR for each sweep/crew will be developed separately in consultation and association with ASRL. It will be based on that sweep's/crew's performance at surf carnivals and elsewhere and in reference to the prevailing SHR value. We have already begun discussion regarding this matter with Bert Hunt. We will be guided by what the ASRL decides.

There is still some work to do concerning the scaled ratings in the SHR section of the model and lots to do to quantify the competence ratings of boat sweeps/crews (as well as craft competitors).

Neville and I remember the many conversations we had with boat officials and crews over the past competition season. We were very impressed with the ease in which information flowed (in both directions) between competitors and officials. We hope that we can again tap into that source in coming seasons when we collect the vital data necessary to validate this model.

We encourage input from the ASRL members so that this model can operate successfully for all members in the future. A copy of the full report of the Pilot Study or Executive Summary is available on request from the ASRL.

P.S. We have recently met with Jeff Gatenby (Robert's dad). He wholeheartedly supports our endeavours and encourages ASRL members to participate.