The ASRL Committee would like to advise that while in Perth they would love to talk to as many people that are interested about any issue confronting our sport or issues you think can improve the sport.

We will pick a time on both Friday and Saturday and have a call put across the Boat Area PA as to where committee members will be so you can simply stroll up and talk to us because like always we are always open to hear your opinion on a range of issues.

No one will have escaped the debate on safety and PPE. By the time you all arrive in Perth we will have held a meeting with the SLSA Board and hopefully have a clear picture of the road ahead. This is a very complex issue that we believe still requires work. We are well armed to debate the total merits of all safety issues with a SLSA Board who have opened the doors for us. Don't believe for one minute that the Board decision has been made with anything but the safety of its members at heart so they are as keen as any of us to have a comprehensive end result. That doesn't mean that we have to or do agree with every aspect of the current policy nor that we can't run an argument to change aspects of it.

Under the headline "Comprehensive" we are suggesting some pretty big step additions to the overall safety in our sport. This will include the Bond Safety Matrix that we have been supporting in development for the last 12 months and a complete new look at Sweep Accreditation. We are keen to listen to your thoughts on all this because if we are successful at the Board meeting we will need to consult widely in formulating the next step.

If you have the time you are very welcome to come talk to your committee so hopefully everyone goes home that little bit wiser.

Destination NSW and the ASRL would like to know more about your experience at this year's event. Please click on the following link to complete a short 8-10 minute survey. 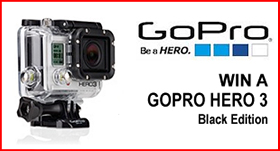 As a thank you, all fully completed surveys will enter the draw where 3 people will win one of the 3 GoPro Hero3+ Black Edition cameras on offer from the ASRL! Good luck.....

This survey will close Sunday March 9 so to be in the draw please register now, winners to be announced on ASRL website Tuesday 11th at 12noon!

Thank you to all 322 people who supported our survey call from Destination NSW to research activities at the Navy Australian Surf Rowers League Open in Newcastle. The survey closed off Sunday 9th March at midnight and the lucky draw took place at the officers of Destination NSW on Monday morning!

Congratulations, the official winners are: 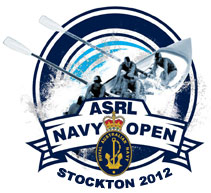 Entries to the event closed on Friday, 20 January, with late entries (fee applies) being accepted up until Friday, 27 Jan.  As the start date is rapidly approaching, the ASRL Committee and the Hunter Branch will endeavour to keep members up to date with important information relating to the event.

You can view the latest event information and updates by visiting our forum pages here.  We will keep the information updated as more comes to hand.  See you all on the beach.

Members are invited to attend the ASRL AGM at the Nth Cronulla Surf Club on Saturday 16 July, 2011

Electronic Voting will be in use and will be open for 1 week on Friday the 8 July & will close at 10am on the morning of the meeting. Members are urged to cast their vote electronically prior to the meeting but for those that don't we will have computer access available at the meeting. The ASRL Constitution calls for the use of a Preferential Voting system which is best handled in quick time by the humble computer.

You will note that you are also being invited to vote on a Life Membership nomination for Stephen Blewett. The nomination with details can be viewed by clicking here.

*If you are a current financial member of the ASRL and did not receive a copy of this AGM Notice via email, that means we do not have your email address on record. Members WILL need a current valid email address recorded in our Member database in order to receive an electronic invitation to vote, if not personally attending the AGM.  If you believe you are a financial member of the ASRL and have not received an emailed copy of this AGM Notice, then you should make contact with registrar@asrl.com.au who will help sort it out for you.

Joining members who wish to vote at this AGM may do so by completing the personal membership form found here on the ASRL website and again, contacting the Registrar on registrar@asrl.com.au

You can view the AGM Agenda by clicking here

Notice of the nominations for the ASRL committee are listed below. No election is required for President, Secretary or Treasurer and eight nominations have been received for the position of Vice President with six to be elected.

Vice Presidents – six to be elected

*Nominations are now called from current members of the "Hall of Fame" to fill 5 x sub-committee positions to adjudicate on any HoF nominations for the 2011-12 season. Nomination will be accepted up until the calling of the ballot at the AGM. Election of the 5 committee members will take place at the AGM.